Posted on May 3, 2012 by livinginnatureengland

The FDA, the organization that conspired with California bureaucrats to attack raw milk distribution centers over the past two years, has just announced it will not ban BPA. The FDA says there isn’t enough evidence of BPA being harmful to humans (that’s a lie) and therefore it cannot be justifiably banned. 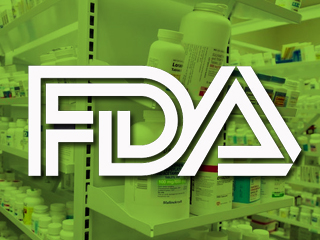 The real story here, however, is that the FDA routinely allows toxic and evendeadlychemicals to remain legal in the food supply while working to ban dietary supplements and nutritional support products that are actually good for you. The FDA, for example, hasn’t outlawed aspartame, MSG, sodium nitrite, partially-hydrogenated oils, high-fructose corn syrup or even petroleum-derived artificial colors. Instead, it focuses its regulatory power on outlawing Chinese Medicine herbs, nutritional supplements and natural sweeteners. For example, it was only recently that the herbal sweetener stevia was even tolerated by the FDA. For decades before that, the FDA would seize all imports of the herb and even order distributors to burn their recipe books containing stevia recipes. (www.naturalnews.com/stevia.html)

The FDA positions synthetic chemicals as if they were nutrients

Meanwhile,the FDA has never met an industry-sponsored toxic chemical it didn’t like. Whether it’s BPA, or sodium benzoate, or fluoride, if Big Pharma or the chemical industry is behind it, the FDA magically and consistently declares the chemical to be good for you!

That happens, of course, because the FDA is a gang of back-stabbing criminals who betray the American people at every opportunity while “approving” deadly pharmaceuticals, vaccines and chemical food additives for mass consumption.

BPA, for the record, has been linked to cancers and hormone disruptions, and this happens at ridiculously low levels of contamination (parts per billion). But the FDA looks at this and thinks, “This could be HUGE for the pharmaceutical business!” The more people are sickened by BPA, in other words, the more people eventually buy high-profit prescription drugs to treat the symptoms brought on from the consumption of BPA. It’s all about the continuity of profits for the FDA’s buddies at Big Pharma.

There may be yet another angle on this entire story: Anthony Gucciardi from Natural Society is reporting that BPA producers are rolling in a whopping $8 billion in sales on this chemical:

“Producers of toxic BPA are now boasting $8 billion in sales for 2012 thanks to the FDA rejecting a potential ban on the cancer-linked chemical on March 30th. According to GlobalData, manufacturers will produce 4.7 million metric tons of BPA this year to be dispersed into the daily lives of millions worldwide. BPA now goes into everything: plastic bottles, canned foods, DVDs, plastic wrap, and much more.”(http://naturalsociety.com/bpa-makers-to-gross-8-billion-thanks-to-fda…)

The FDA, of course, has a long history of protecting the profits of the chemical industry rather than protecting the health interests of the people. So no one who understands the true nature of the FDA — a corrupt gang of corporate sellouts — is surprised by this decision. It’s yet another piece of evidence adding to the mountain of proof that the FDA is a clear and present danger to the health and safety of the American people.

NaturalNews has been covering the FDA’s criminal behavior for eight years. Read some of the many reports on the FDA’s betrayal of the American people at www.NaturalNews.com/FDA.html

Sign up for the wordpress notifications so you get a email when we add a new article.

The Blog of Author Tim Ferriss

A professional source of nutritional information. Nutrition: Hacks for your health

Day in the life of a little lady with a life goal to inspire.
Bio-Sil South Africa
dhdiamond's Blog

The more you know, the better off you will be...

Just five trillion trees to save the planet!

Practical, positive, caring choices for a world that works for everyone.